EDEN* in Valkenswaard surprises guests in collaboration with DEBIC

Chef Herman Cooijmans of Restaurant EDEN* in Valkenswaard earned a Michelin star with his experimental and eccentric cooking style. He always manages to surprise his guests, also with his special ice cream flavours: for example by using Debic Cream Plus Mascarpone.

Herman Cooijmans developed the Ice Solution application so that anyone can make ice cream recipes without having to have the necessary knowledge. His eccentricity can be found in the app. He has now processed about seven hundred flavors in the ice cream calculator and this number continues to grow. There are also about a hundred different sugars, sweeteners and sugar syrups available.

The Michelin star came as a complete surprise two years ago for Herman Cooijmans. The young chef (32) of Eden* in Valkenswaard, together with his partner, sommelier Robin Groos, had been working for barely a year and they were mainly busy making the restaurant run smoothly. Yes, Michelin had stopped by and requested information – call it naive, but they were especially happy to be mentioned in the guide. Even during the award ceremony, Cooijmans didn’t realize it until Groos started to hit him on the shoulders and they were taken to the podium. They could not enjoy it for a very long time, because the corona pandemic struck. They had to make do with takeaway meals and an inventive drive-through, but luckily they can now fully pamper the guests again in Eden – their paradise in Valkenswaard, derived from the Garden of Eden.

A lot has changed since they received the Michelin star, but at the same time not, says Cooijmans. New guests arrived and a second, more luxurious menu, but the cooking approach remained the same. He is known for surprising his guests with unpredictable flavor combinations. That was appreciated by Michelin, so why change things? And it was the confirmation for his eccentric cooking style. “It is always a bit exciting when you do something that falls outside the standard. Then it’s nice when Michelin says that what you’re doing is right.”

To the ice cream portal

Cooijmans is experimenting with it: for example, he combines vanilla parfait with dried pork ham and caviar. Or rye with strawberry and rhubarb beurre blanc – a dish that the Michelin inspector did not believe in beforehand, but was very positively surprised by, according to the review. He is fascinated by ice cream and makes the most special types: from hawthorn licorice plant to bacon and chocolate ice cream. Cooijmans recorded all formulas for ice cream preparations in the ice cream calculator called Ice  Solution. With this app, which was recently launched online, anyone can make all kinds of ice cream: from savory to sweet, from vegan cream-based to cream-based, gelato or sorbet. He has no explanation for the experimental combinations on his menu at restaurant Eden*: he searches in his head what he would like together. “It may also be partly created by our pricing. We want you to be able to eat at a decent place for a decent price,” he says. “We belong to the top five cheapest star restaurants in the Netherlands. Our five-course menu starts at 65 euros and that also forces us to think more creatively about which ingredients we use.”

This is how the Debic dish came about, he says. “I made a Caesar salad inspired salad incorporating candied chicken gizzards. I combine that with Argentine shrimp, accompanied by ice cream from Debic Cream Plus Mascarpone, with mulberry, fenugreek and mace. I wanted to let the fresh acidity of the mascarpone come into its own, so that you get into ripe atmospheres rather than sweet atmospheres. Then I came upon this ice.” According to Cooijmans, the fresh acidity ensures that the Debic Cream Plus Mascarpone – a ready-to-use mix of cream and mascarpone – is suitable for his savory starter. “It also has a slightly different protein content than standard creams. That little bit of extra protein makes my ice cream more stable. The 1.5% more fat gives it a little more lightness when storing, so that I get a nicer ice cream mass out of it. The quality of Debic Cream Plus Mascarpone is always constant and can be used for sweet and savory. That makes it very convenient to use, especially for cold preparations.” 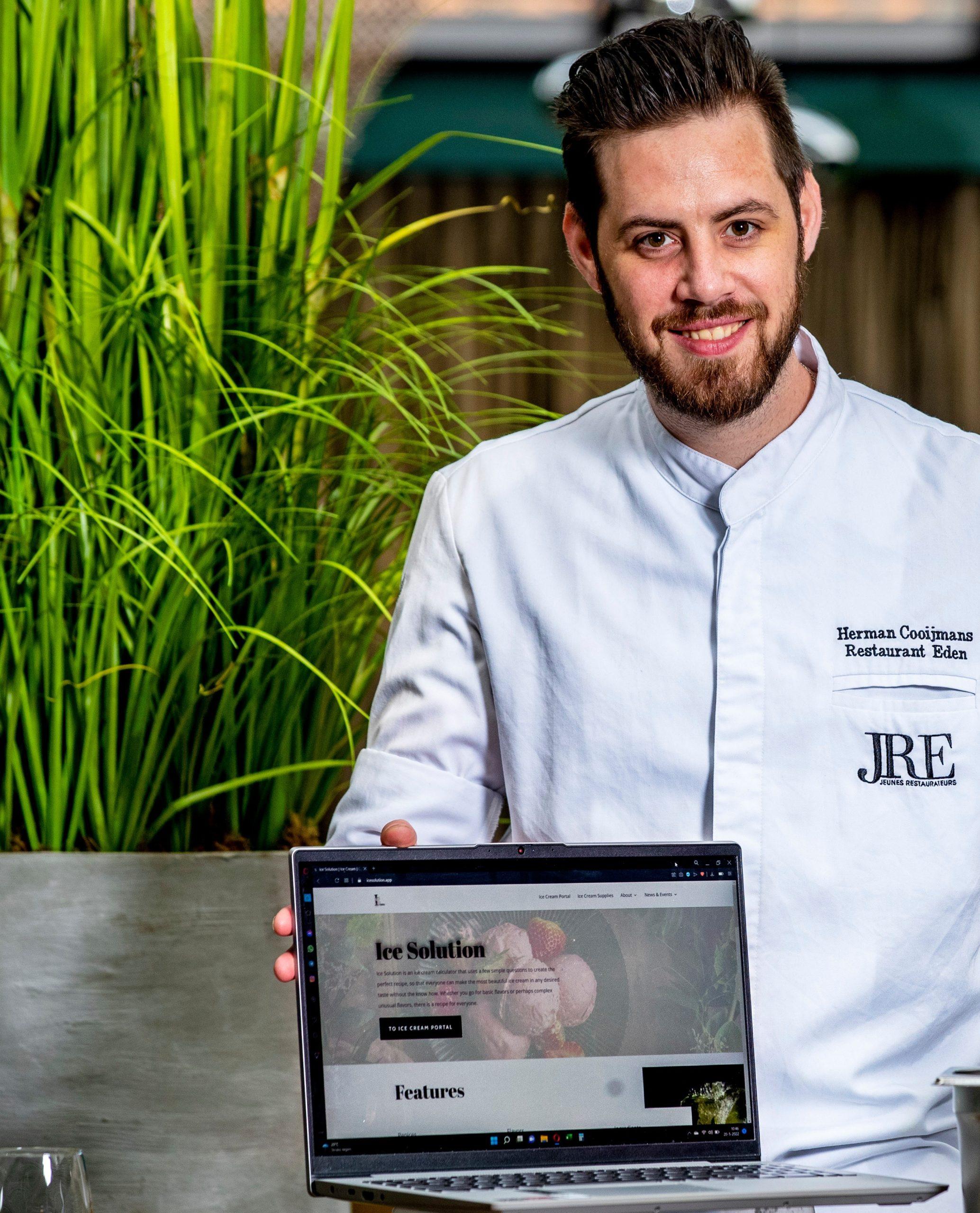 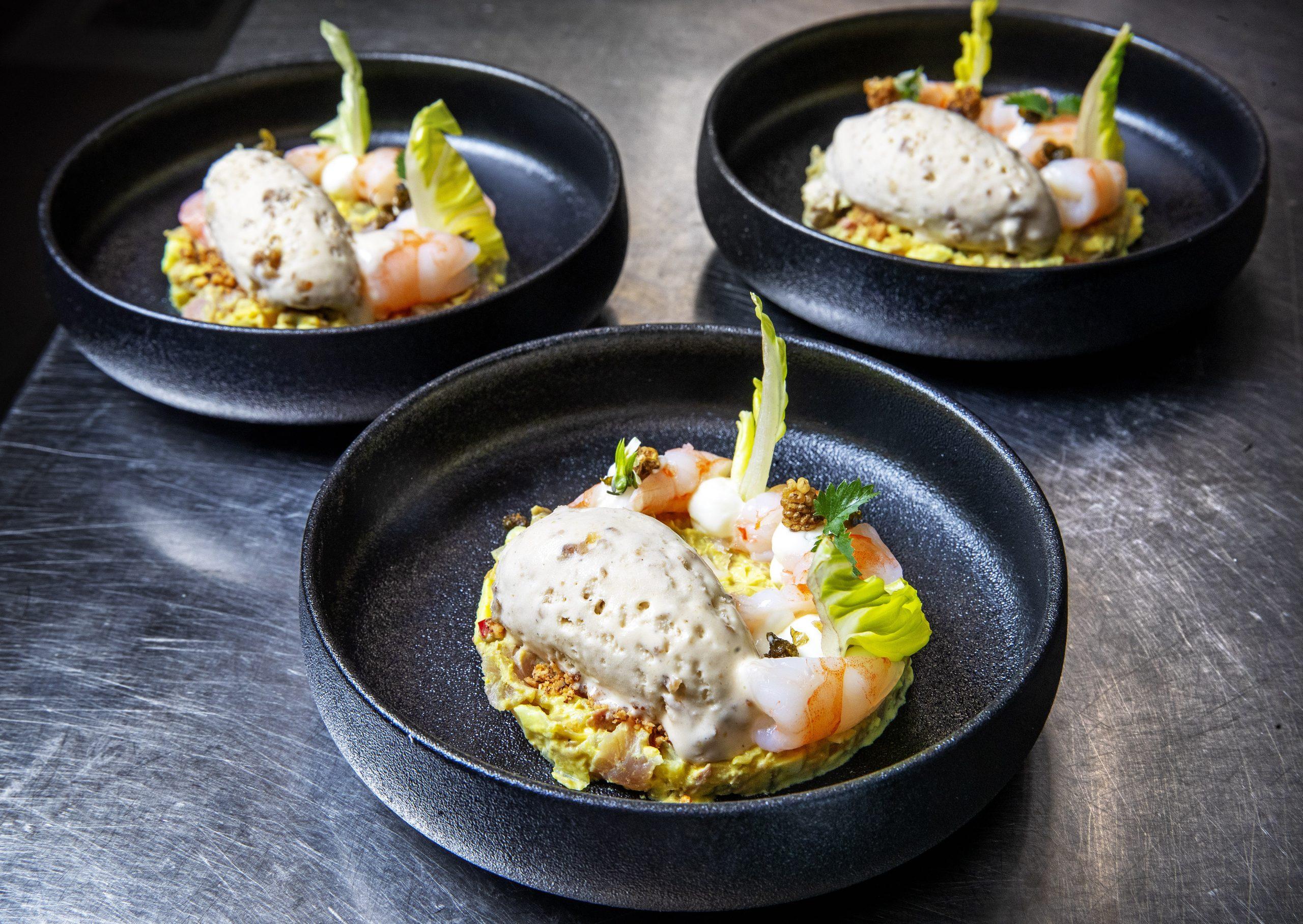 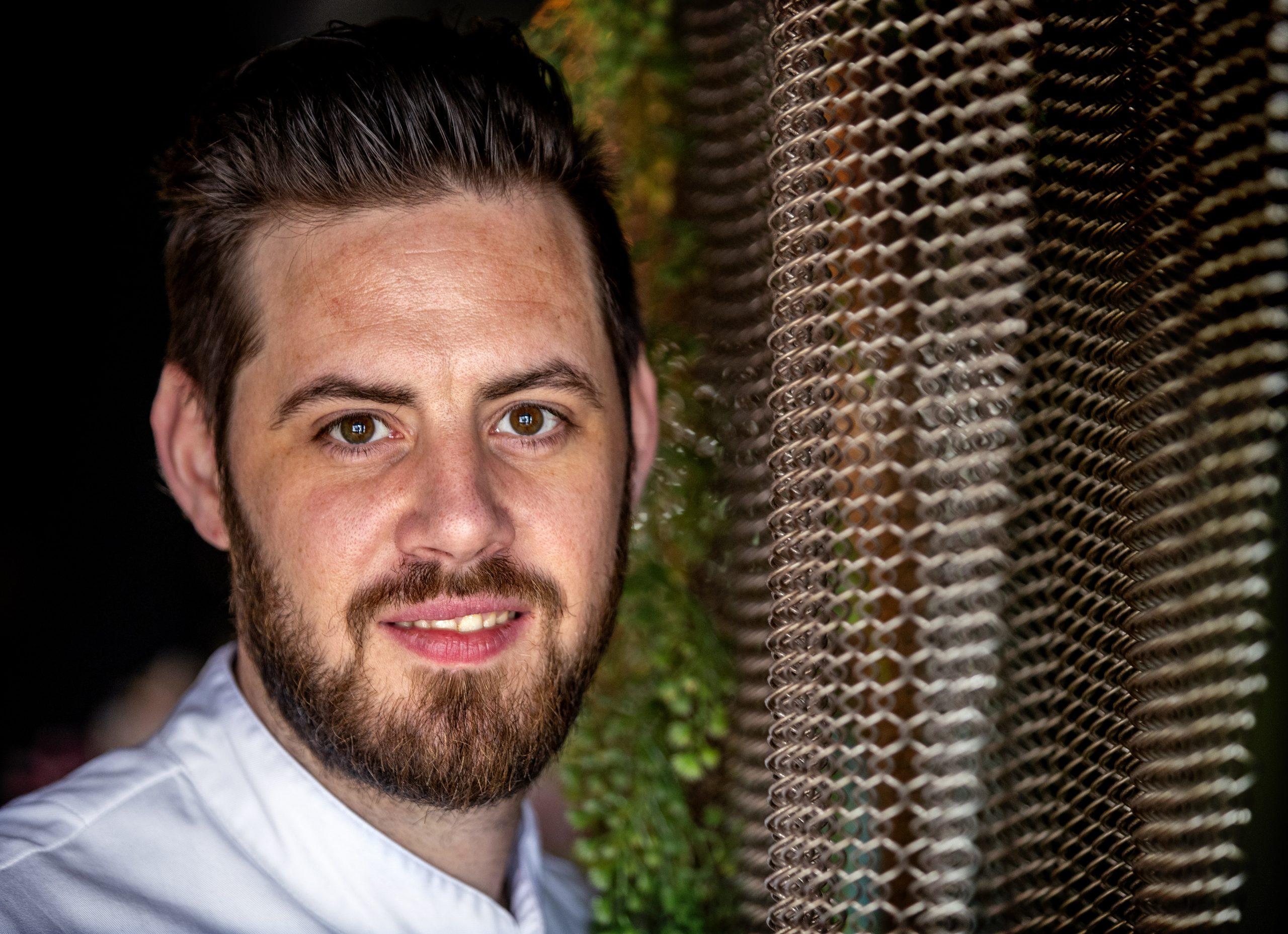 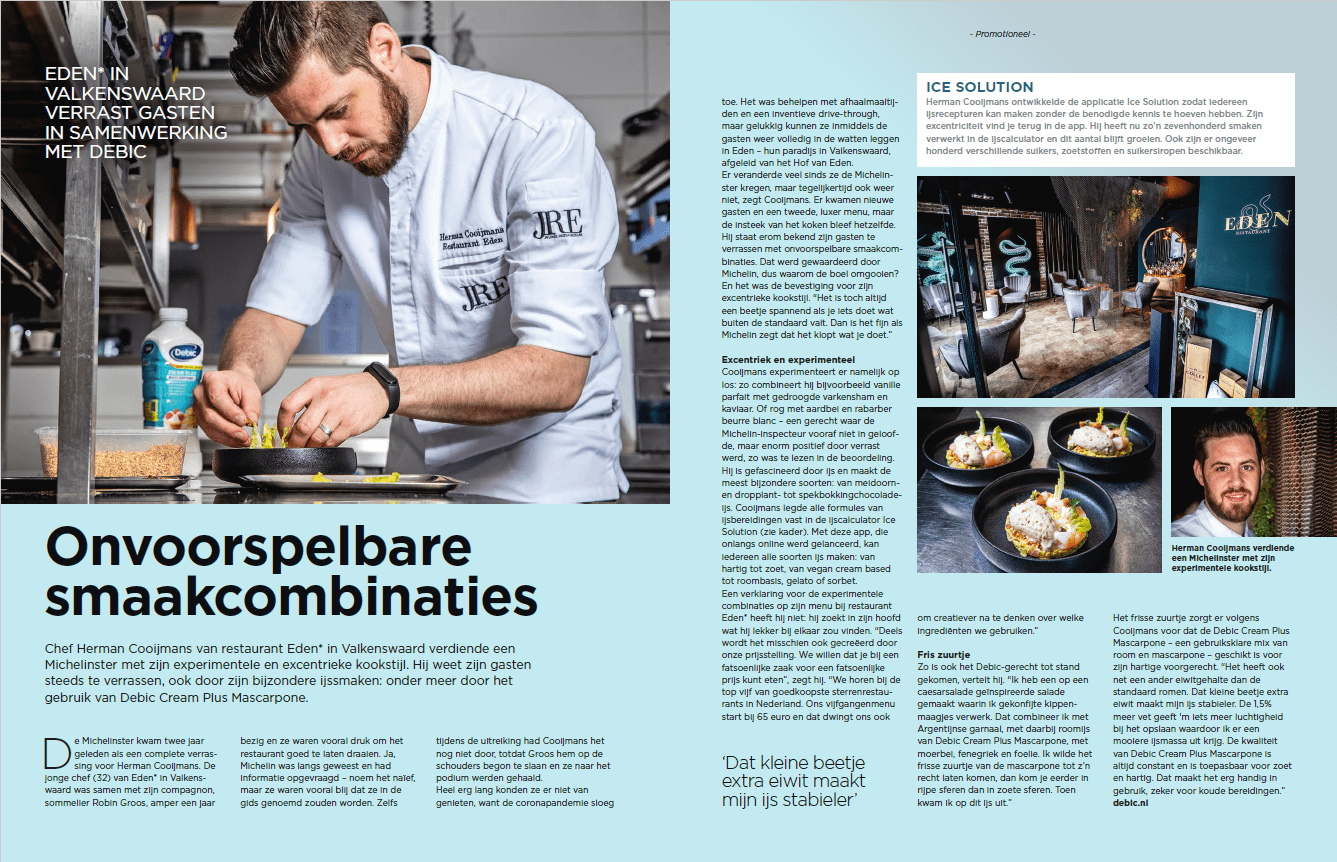 Check out our news feed

To our news
We use cookies on our website to give you the best experience by remembering your preferences and repeat visits. By clicking “Accept”, you consent to the use of all the cookies.
Do not sell my personal information.
Cookie SettingsAccept
Manage consent